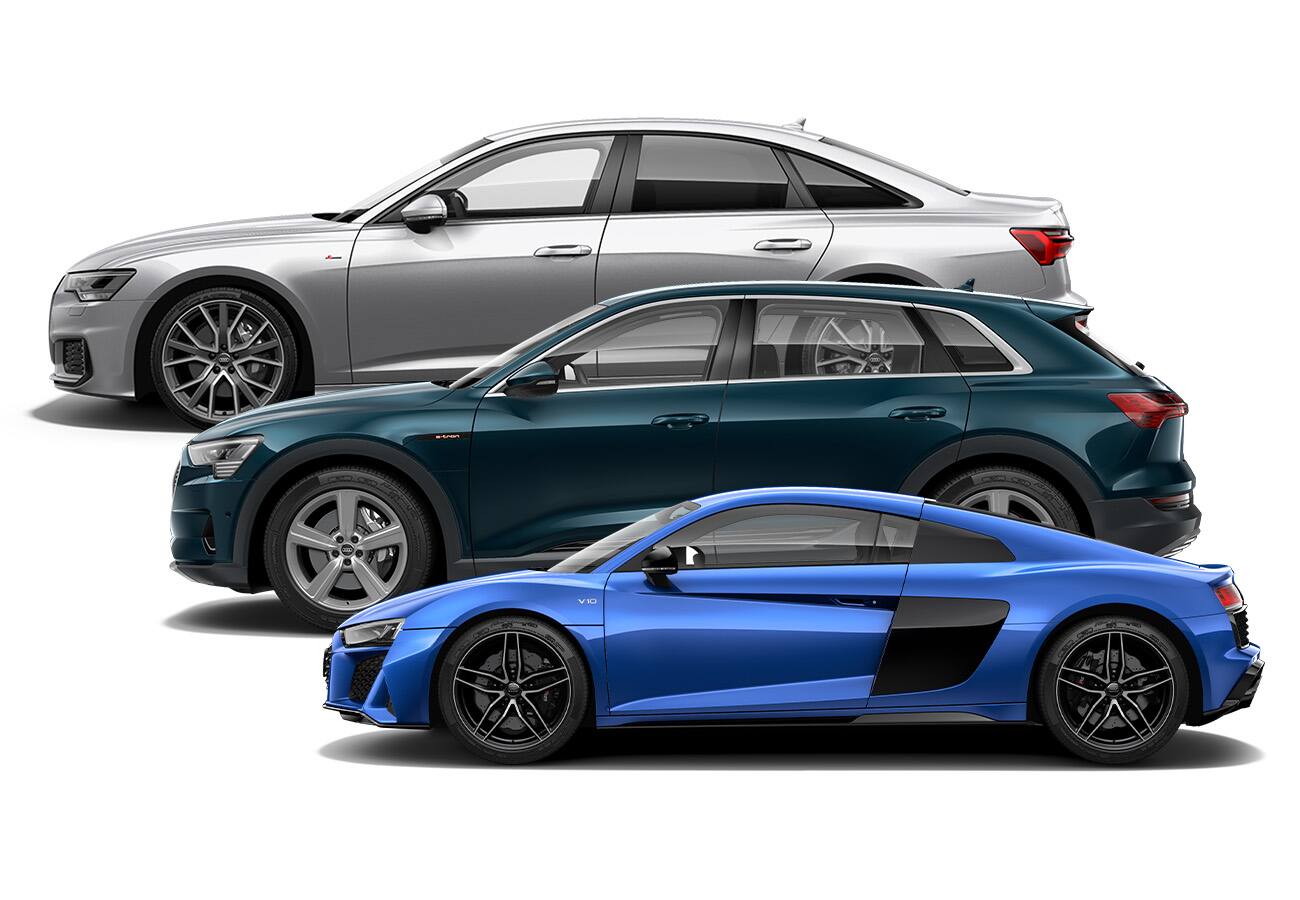 Ingolstadt, April 21, 2020 – The second generation of the Audi A3 Saloon has arrived. The compact four-door model is digitally and fully connected – from the infotainment through to the assist systems. Beneath the elegant body, new drives and refined suspension tuning ensure a driving experience that is as efficient as it is dynamic. The A3 Saloon will be in Irish dealerships in Autumn 2020.

The new A3 Saloon is presented in a sporty, elegant look. Compared with its predecessor, it is now 4 centimetres longer at 4.50 metres, while its wheelbase remains unchanged. Its width has increased by 2 centimetres to 1.82 metres and it is now 1 centimetre taller at 1.43 metres. This has yielded an increase in headroom – a good 2 centimetres in the front thanks to the lower position of the driver seat – and some additional elbow room. At 425 litres, the luggage capacity is exactly the same as in the predecessor model.

Powerful and elegant: The exterior

The front is dominated by a large Singleframe honeycomb grille that is flanked by striking headlights. On the outside, they form trapezoidal angles that are drawn downward.

With the A3 Sportback, the body line running above the sill rises towards the rear lights before the rear wheel arch, thus accentuating the short rear end. The body line on the Saloon, by contrast, extends up to the rear bumper. This emphasises its length – 15 centimetres longer than the Sportback – and gives the flank an elegant appearance. The concave surface under the broad body shoulder further accentuates the quattro blisters and the sill, creating an intensive play of light and shadow. The roof line slopes down from the B-pillar dynamically – just like on a coupé – and finishes in a striking spoiler on the tailgate. Optionally available in carbon, this provides a visual accent and, in so doing, emphasises the powerful appearance of the four-door model.

The aerodynamics benefit from the higher rear end compared with the predecessor as well as the large diffuser. The controllable cooling-air inlet with two electrically actuated louver modules behind the Singleframe regulate the flow of air intelligently and according to the situation.

Focused and digitalised: The cockpit

The cockpit is entirely focused on the driver, beginning with the interior design and ending with the display and control elements. Thus, the instrument panel with the central MMI touch display is inclined slightly toward the driver. It has a 10.1-inch diagonal and is intuitive to operate. The 10.25-inch instrument cluster behind the steering wheel is digital even in the basic model. As the Audi virtual cockpit plus, it measures 12.3 inches and offers three different views, including sporty graphics with inclined digits and a particularly dynamic layout. The RPM and speed are shown here as bar diagrams with angular red graphical elements.

The top infotainment system in the new car is the MMI Navigation plus, which uses the third-generation modular infotainment platform (MIB 3). The MIB 3 boasts computing power ten times higher than in the predecessor model, connects the car via LTE Advanced speed, and connects the smartphones of the passengers to the Internet via Wi-Fi hotspot. The MMI Navigation plus offers a multitude of Audi connect services as standard, including online traffic information, news, and additional information such as photos, opening times, and user reviews relating to points of interest.

If the car is switched off, the myAudi app continues navigation from the car on a smartphone. This way, customers reaches their destination seamlessly.

The A3 Saloon is also connected to the smartphone via the standard Audi smartphone interface, which integrates iOS and Android cell phones with Apple Car Play and Android Auto in the MMI, as well as via the standard Audi phone box. The latter can charge it inductively. What is more, the A3 Saloon can be locked and unlocked as well as started via an Android smartphone with the optional Audi connect key. Personalisation allows up to six users to store their preferred settings in individual profiles, including those for the climate control and media. The DAB+ digital radio comes as standard. Options include online radio and the hybrid radio, which automatically switches between FM, DAB, and the online stream depending on a station’s signal strength, thus ensuring optimum reception.

The driver assist systems are also particularly effective thanks to the close networking. In the Audi pre sense front system, the camera behind the interior mirror works together with the front radar to prevent accidents, or at least reduce their severity. The standard collision avoidance assist also uses the data from this sensor system. Optional adaptive cruise assist, an innovation from the full-size class, supports drivers with longitudinal and lateral guidance. The efficiency assist notifies them when it would be sensible to take their foot off the accelerator. To do so, it evaluates information including the navigation data.

Three engines at ramp-up: The drives

The new A3 Saloon is available with a choice of two TFSI engines and one TDI engine at launch, high efficiency being a common theme across both. The 35 TFSI, a 1.5-litre direct injection engine, produces 150 PS and is available in two versions – with a newly developed six-speed manual transmission1 and with a quick-shifting seven-speed S tronic2.

Besides the cylinder on demand technology, the powertrain in conjunction with the S tronic dual-clutch transmission uses a 48-volt mild hybrid system. It recovers energy during deceleration, supports the engine with up to 50 Nm of torque when driving off and accelerating from low engine speeds and allows the A3 Saloon to coast with the engine switched off in many situations. In everyday driving, it reduces consumption by up to 0.4 litres (0.1 US gal) per 100 kilometres (62.1 mi).


Pricing for the A3 Saloon in Ireland is expected to be unveiled during the Summer months.