From 1 September 2017, fuel consumption figures for new cars entering the market have been determined using a new procedure, the WLTP. The WLTP will then be required of all new vehicle registrations from 1 September 2018. WLTP stands for Worldwide Harmonized Light-Duty Vehicles Test Procedure and is used to determine the fuel consumption and exhaust emissions of vehicles. Find out what that means for you and your Audi here.

The comparison in profile.
The standardized NEDC drive cycle applies to all passenger cars and light commercial vehicles. It was introduced by the European Union in 1992 to measure fuel consumption and vehicle-specific emissions and deliver comparable values. You can see at a glance the underlying assumptions here. 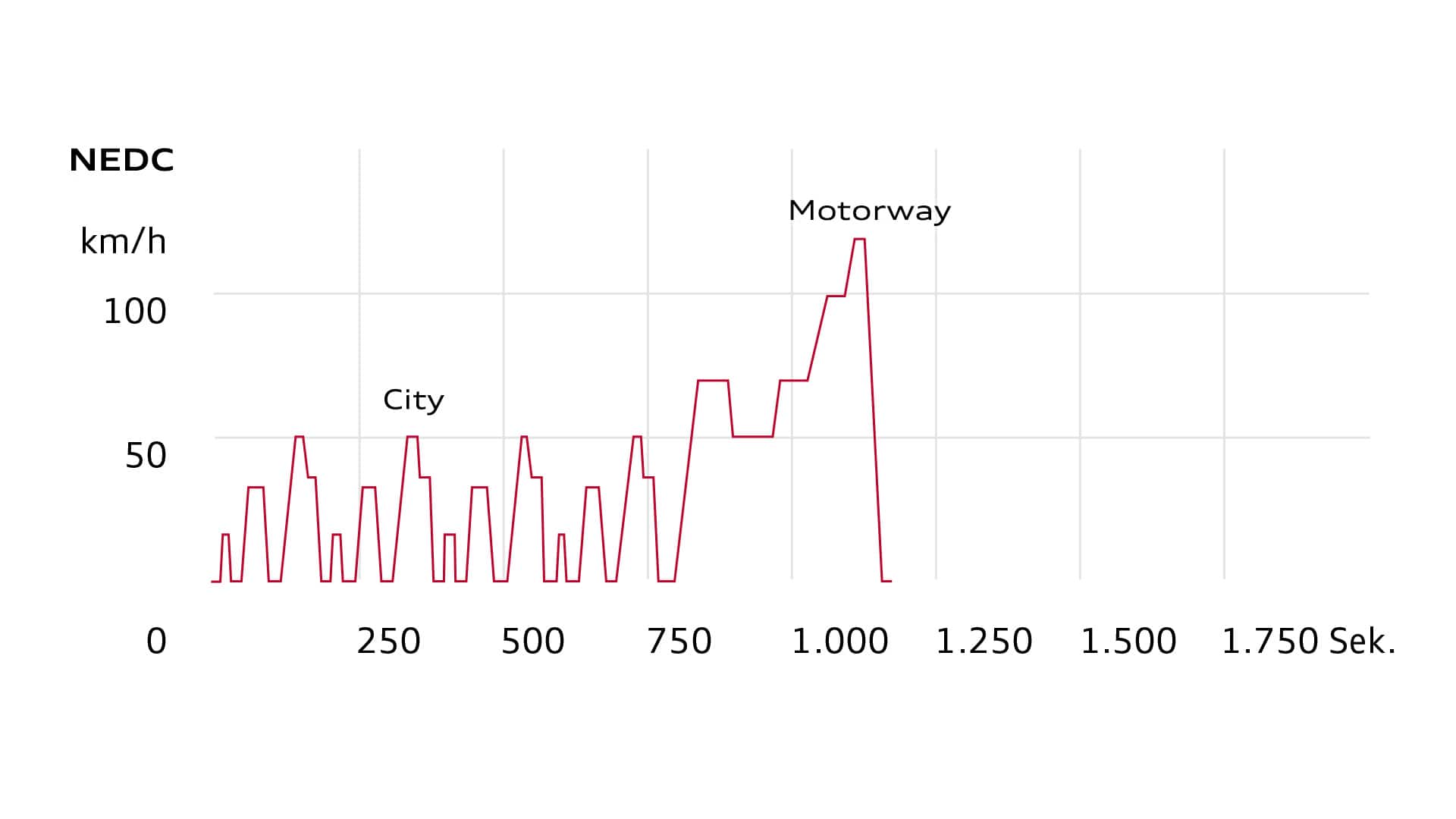 Objectives of the new procedure.

The WLTP procedure redefines the test parameters for determining fuel consumption and exhaust emissions. The advantages at a glance: 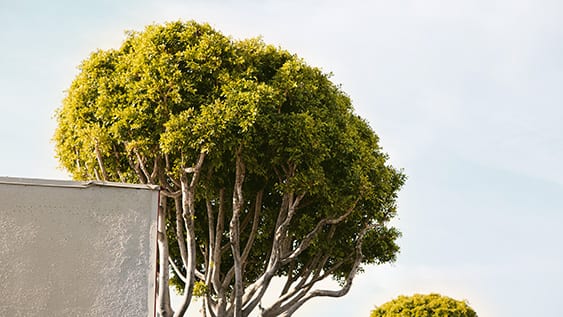 In the future, the actual everyday consumption of a vehicle will be better estimated. WLTP considers a driving profile closer to everyday reality than the previous NEDC standard, which was more of a synthetic laboratory test and served primarily to compare different vehicles. While consumption levels were measured under abstract laboratory conditions with the NEDC, the WLTP will provide a more accurate forecast of the vehicle's actual consumption. WLTP claims to simulate a more realistic driving style and thus achieve far more realistic results. 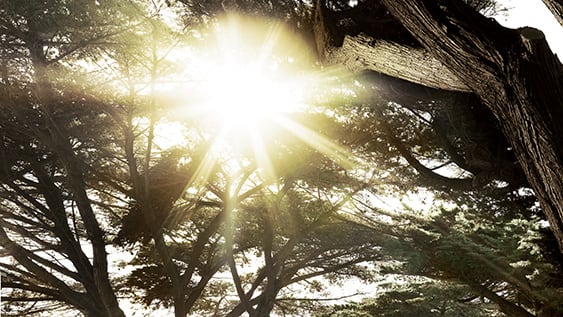 One of the main objectives of the WLTP is a uniform procedure for measuring exhaust emissions and energy consumption for different types of engines such as gasoline, diesel, CNG, and even electric. A vehicle of the same type must deliver the same test result at all times in all parts of the world, if the WLTP cycle has been followed correctly. This required comparability makes lab testing unavoidable. Fuel consumption and emissions are determined reliably and representatively on the chassis dynamometer as part of a dynamic driving profile.

In order to measure how much fuel a car consumes and whether it complies with applicable limits on vehicle emissions, standardised test procedures are prescribed. The framework conditions for testing and handling test results are defined by EU law. This ensures that the same framework conditions are used by all car manufacturers and other actors for transparent comparability. The test procedure measures the CO₂ and consumption values and exhaust emissions of a vehicle. For a new passenger car or light commercial vehicle model to be approved, the new "Worldwide Harmonized Light-Duty Vehicles Test Procedure" (WLTP) test procedure will gradually be applied throughout the EU as of 1 September 2017, replacing the previous NEDC (New European Driving Cycle). Approvals for new passenger car models or new engine/transmission options in Europe will only be made based on the WLTP results. From 1 September 2018, all vehicles when registered for the first time will have to be WLTP-certified.
WLTP is being implemented in the 28 EU Member States as well as Norway, Iceland, Switzerland, Liechtenstein, Turkey, and Israel. It is also being used in a modified form in Japan and to test emissions in China. India and South Korea plan to introduce it at a later date.
No. The switch to WLTP will not mean any changes for vehicles already registered. In general, there are no CO₂ emissions and fuel consumption parameters in place for vehicles that were approved according to the previous procedure (NEDC). For these vehicles, the NEDC parameters remain relevant.
The EU Commission has recommended a uniform conversion of NEDC values to WLTP CO₂ emission and fuel consumption figures for disclosure to consumers by 1 January 2019. However, the binding rules on consumer disclosures are set at the national level. This may result in differences across markets.
WLTP has been mandatory for the approval of new models since September 2017. A deadline for disclosing the revised values has not yet been set. The NEDC therefore remains legally binding for the labelling and taxation of vehicles. The proposal of the EU Commission is a uniform transition of all new vehicles in consumer disclosures and taxation by 1.1.2019, in order to avoid unnecessary customer confusion with both NEDC and WLTP values being listed on new vehicles. In the transitional period from September 2017 to probably January 2019, the voluntary disclosure of the WLTP values to consumers is permitted. However, it must be clearly marked as an additional indicator of consumption. For the time being, the NEDC values remain binding for showroom labels and determining the energy efficiency label. The same applies to the calculation of vehicle taxes (in countries with a emissions-based tax component). However, taxation is part of national legislation and will be regulated in each country. Different approaches and timings are likely.
Even today in the NEDC, the results of the measurements from the test procedure are recorded in the certificate of conformity (CoC) enclosed with each vehicle. This certificate is the prerequisite for the authorities to issue a vehicle registration document with which the owner can later register the vehicle. For vehicles that have been tested according to WLTP, there will be two different CO₂ emission and fuel consumption values listed on the CoC: the WLTP values and the calculated NEDC values. The latter form the basis for the country-specific conversion of fuel consumption labelling and tax calculation until that country switches entirely over to WLTP.
RDE stands for Real Driving Emissions and refers to an exhaust gas measurement that takes place on the road and not in a laboratory under standardized as is the case with the WLTP. The key difference: in the RDE test, the exhaust gas components NOx (nitrogen oxides) and particulates (particulate matter) are tested using real-time road driving using mobile emission measurement technology (PEMS), but due to the large dispersion in road measurements, fuel consumption and CO2 emissions are not measured. In conjunction with the introduction of WLTP, manufacturers must limit their vehicles' NOx and particulate emissions in real road traffic. While the particulate count limit is the same as for the WLTP, a conformity factor of 2.1 is used for the nitrogen oxides in RDE Stage 1. With a NOx limit of 80 mg/km for a Euro 6 diesel car, this corresponds to a maximum allowable emissions of 168 mg/km under RDE conditions. In RDE Stage 2, the conformity factor for NOx has been lowered to 1.0 (plus a margin for measurement tolerance).